The Food and Drug Administration (FDA) has urged producers to ban all Zantac and generic ranitidine medications as soon as a study reveals proof of the presence of N-nitrosodimethylamine (NDMA), a cancer-causing element, in the drugs.

Details about the Zantac case:

A ranitidine cancer lawsuit has been filed via https://www.zantacantacidcancerlawsuit.com/generic-zantac-lawsuit.asp on behalf of a person who developed cancer as a result of taking Zantac. The complainants allege that Zantac and its generic analogs contain dangerous amounts of NDMA and that Zantac and other pharmaceutical companies did not warn consumers. 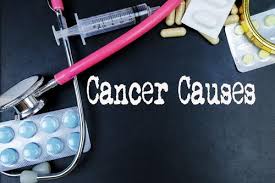 Ranitidine is an H2 (histamine-2) blocker that decreases the amount of acid generated by the abdomen and therefore prevents and defends against acidity associated with acid digestion. It is widely used to treat heartburn and acid reflux but is also prescribed for a variety of indications, including gastric and intestinal ulcers, as well as to treat Zollinger-Ellison syndrome and gastroesophageal reflux disease (GERD).

N-nitrosodimethylamine (NDMA) is a known carcinogen and is found in small amounts in water and foods, including meat, dairy products, and vegetables. The FDA says consuming up to 96 nanograms of NDMA per day is safe for humans. The FDA also says that higher exposure to NDMA may raise the risk of the development of cancer in humans.

The levels of NDMA found in ranitidine far exceed the prescribed daily dose, which is harmless for humans. It has also been found that NDMA levels in some ranitidine products increase with time and temperature, meaning the temperature at which the product is stored and the longer the product is on the shelf increase the risk to consumers.